Take Notes Electronically with a Tablet and Stylus 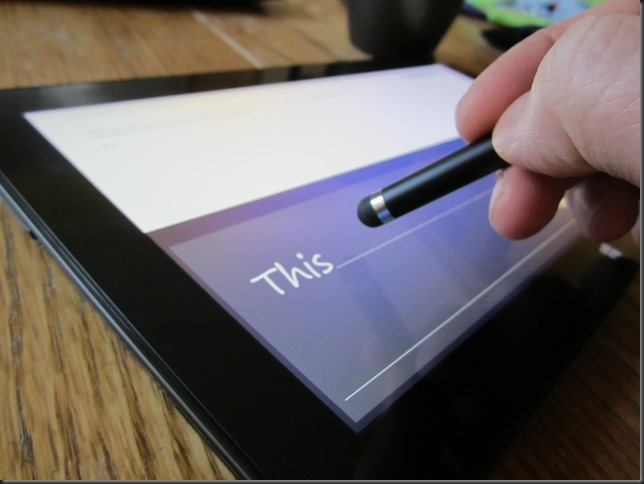 I’m an advocate of taking notes electronically on a tablet, with a stylus.  I’m often asked why.  Here’s my argument.

Why Use a Tablet?

Why Use a Stylus?

So, that’s my argument.  You may be thinking, “that sounds all well and good, but how easy is it to do?”  Truth is, there is a learning curve, and it’s not for everyone.  But I find that it’s worth it, particularly since I have many occasions to take notes at this point in my life.

Recognizing your handwriting and converting it to text is not an exact science, and the computer will make mistakes.  I can’t speak for other tablets, but the Microsoft Surface has a few simple correction gestures that makes is easy to correct errors.  I’ve included a demo video below.

Taking Notes on Microsoft Surface RT Demo from Osborne Supremacy on Vimeo.
Posted by Ben Osborne at 8:32 AM